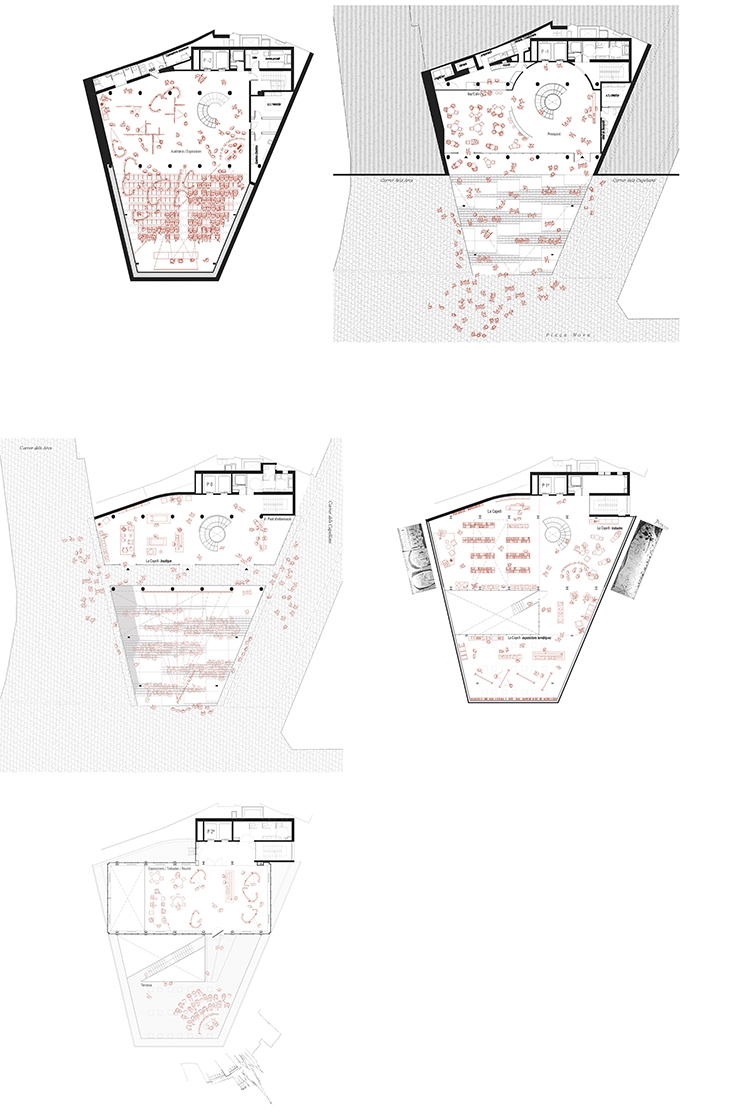 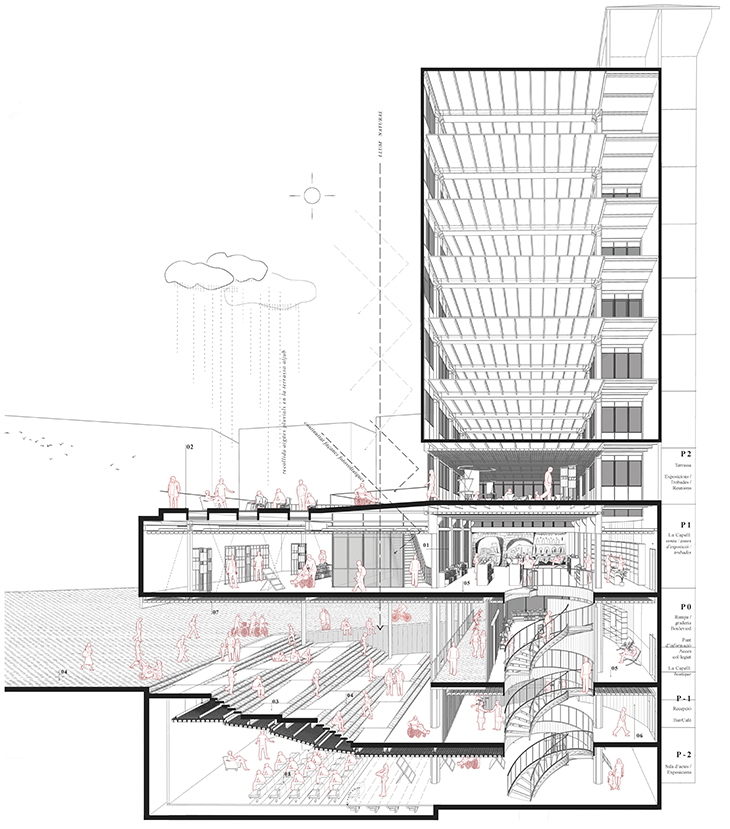 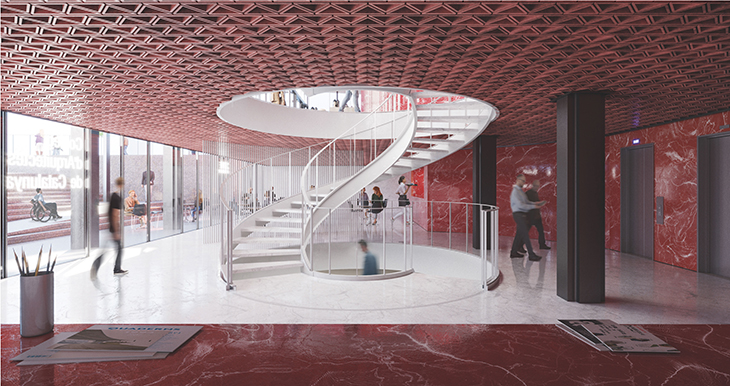 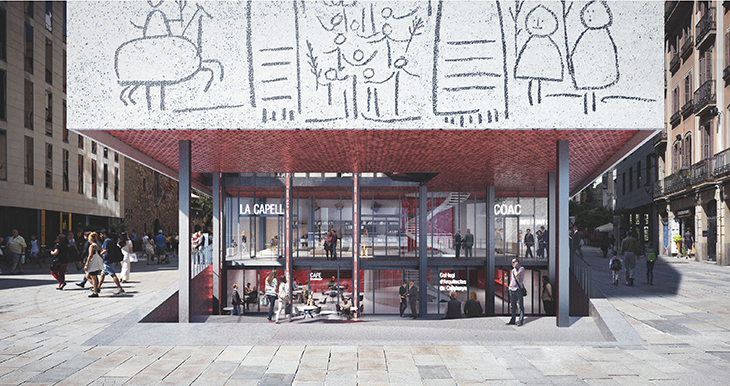 OPEN CENTER OF ARCHITECTURE OF BARCELONA

The previous analysis allows us to deduce some starting conditions: there is currently a disconnection between the Isidre Nonell square and the New Square, making Calle dels Capellans very residual; plants such as the loft or the first floor of La Capell are inaccessible (the P-2 itself has a slope of 40cm); the auditorium – often empty – misses the skylights permanently occupying a possible living space; The Capell and the bar – both buried without a facade – are not visible to the public; possibly the best terrace in Barcelona, ​​today it is not used; Climate facilities do not respond to current demands even using conducts that are harmful to health. The proposal proposes to erect the headquarters of the COAC in a particular meeting point / support of the public space through three main actions: Free the ground floor getting a large covered public space, building an interior street that transversely connects the Capellans street with the calle dels Arcs and projecting a double height facade that represents the activities that happen inside the COAC. Internally, it is proposed to eliminate part of the closure of the ground floor, tear down the inter-plants (the mezzanine and the roof of La Capell), connect the street with the P-1 by means of an accessible ramp – actually also grandstand- and in short, literally make public space enter the COAC by taking advantage of the “natural” cavea of ​​the existing building. Thus, at the end of this step / ramp open to the street, the main access to the base is located, creating a tension between two important elements that preside over the street: the cathedral and the COAC. This approach boosts the use of the square, but also extends the public space within the COAC, turning the school headquarters into a large porch / reception / showcase / meeting-space of the square that at the same time accentuates. At the urban level, an important change is also proposed: on the one hand, it is proposed to convert the section of the road that connects the Plaza Nueva with the Plaza Isidre Nonell in an inverted priority road, so that the citizen can walk and stop between These open spaces are broad, priority and flat. On the other hand, an inner boulevard, proposed at the level of the ground floor, flying above the ramp / harrow, manages to connect Calle dels Capellans with Calle dels Arcs through the COAC building, thus favoring the connection and perception of the surrounding public spaces.

CAVEA has been one of the 8 finalist proposals for the new Architecture Center of Barcelona.

Proposal made in collaboration with onze04.