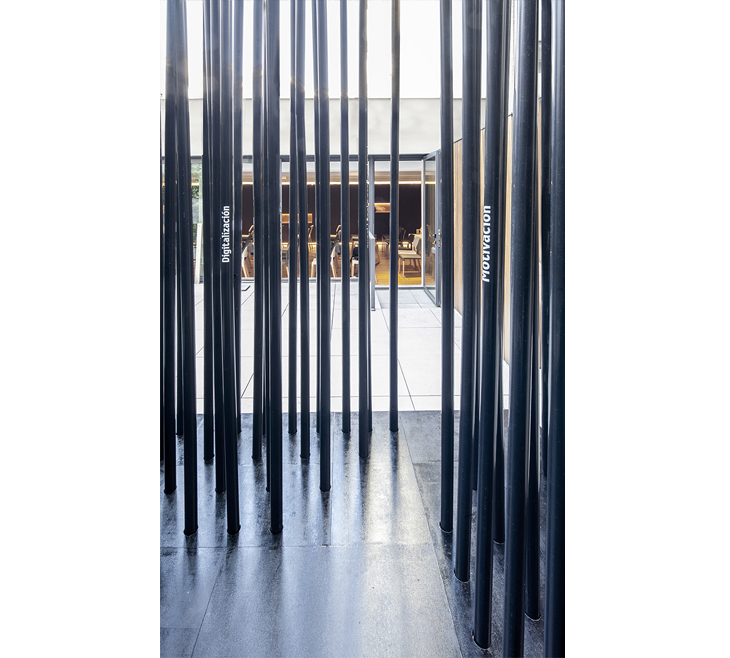 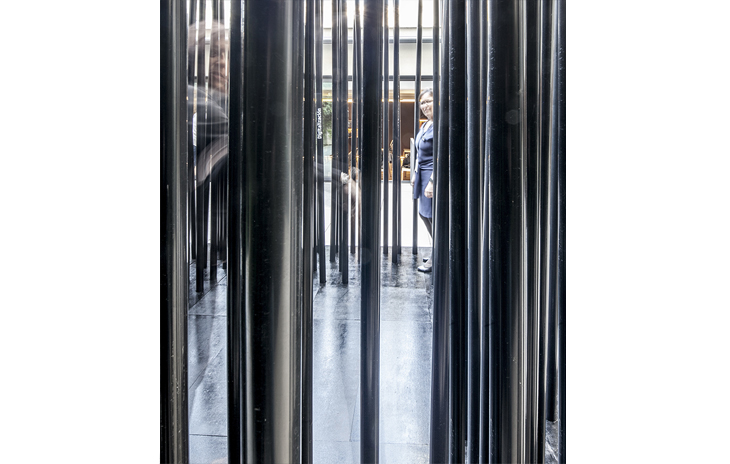 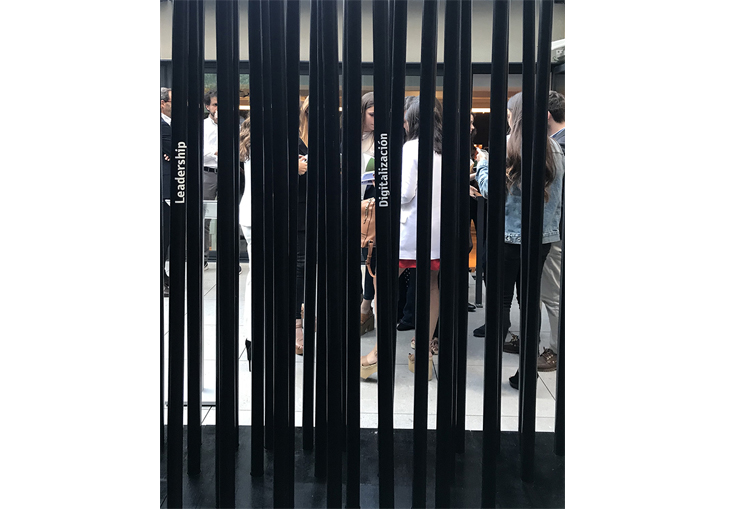 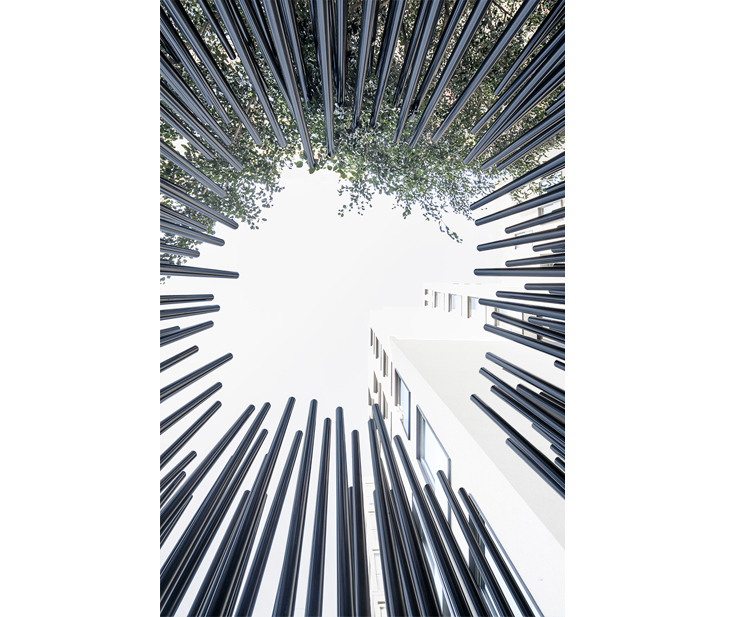 With the completion of the exams, the deliveries of the last works and the arrival of the marks, the students begin to leave the academic world to enter the professional world. For this transition, the International University of Catalonia has prepared some surprises. Probably the Promise act is the most important; an itinerant meeting in which the UIC invites to keep alive the bond created with the university community of which they have been part in the last years of their career.

To complete this act, but above all so that the students understand the importance of the mediation they face, a small transportable ephemeral intervention is entrusted.

A 3x3m platform is proposed, built with 32 40x80cm tiles cut from 4 non-skid birch body boards. The platform rests on 6 concentric hoops built using 41 pine slats of 80×55 section. Crossing the slats and the tiles, 170 rigid black PVC pipes of 3m in length are located, making it possible to assemble all the elements of the assembly regardless of mechanical fixations. The woods are recyclable and from FSC forests. The tubes, not being manipulated, can be reused in the construction promoting a circular economy.

The idea of ​​pronaos emerges as a space that formed the previous hall that gave access from outside to inside the Greek temple; entry with columns that now allows us to reflect on the transition from the academic to the professional dimension.

The difficulty of accessing this new world to which students aspire is voluntarily present. Thus, in a first moment, the totally impenetrable piece is shown; the density of the columns and the traces of false roads contribute to create this atmosphere. At a later time, the analysis of the artifact, reveals the path of entry. It is located in a corner, extending the length of the threshold, allowing floating words to be seen between the columns that recall the values ​​learned during the formative years. The old classmates and professors are also accompanied by the new applicant between the columns. The proposed architecture is slightly raised from the ground expressing the importance of the act. The ceiling is dispensed with, proposing to make light the last architectural matter; Guide needed to cross the threshold. 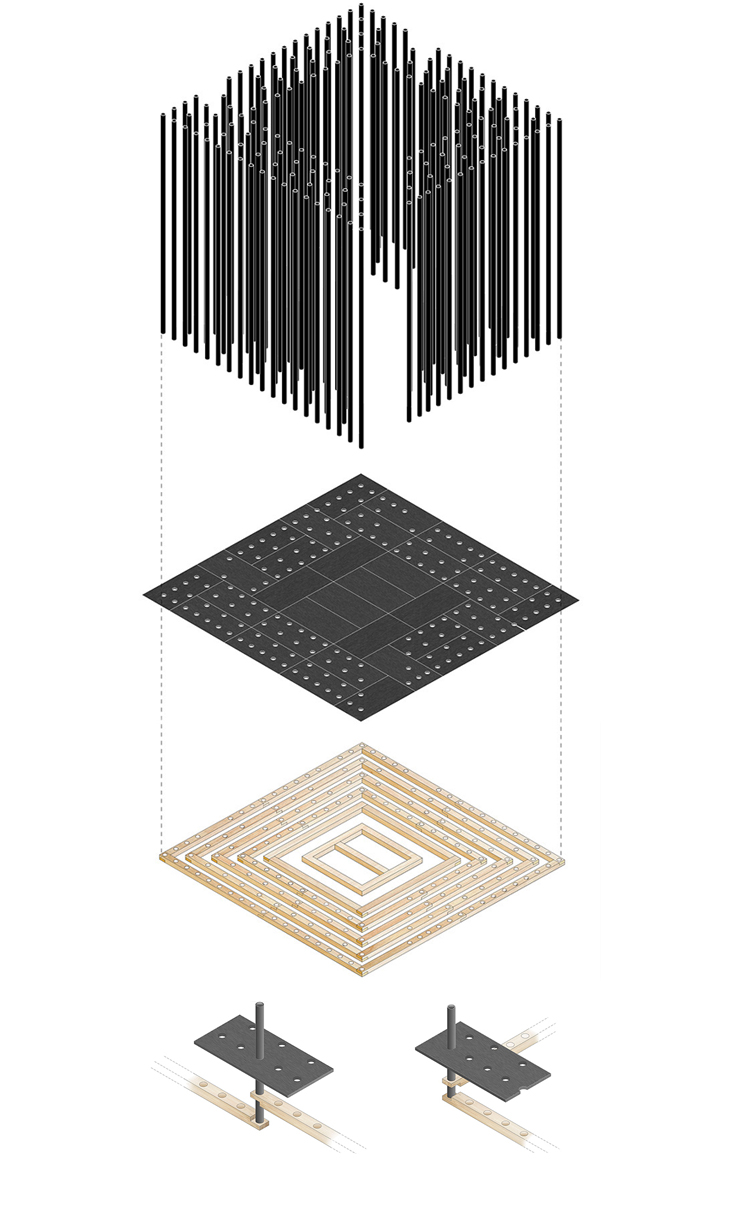 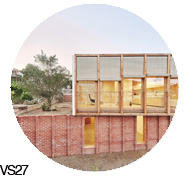 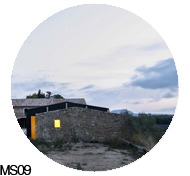