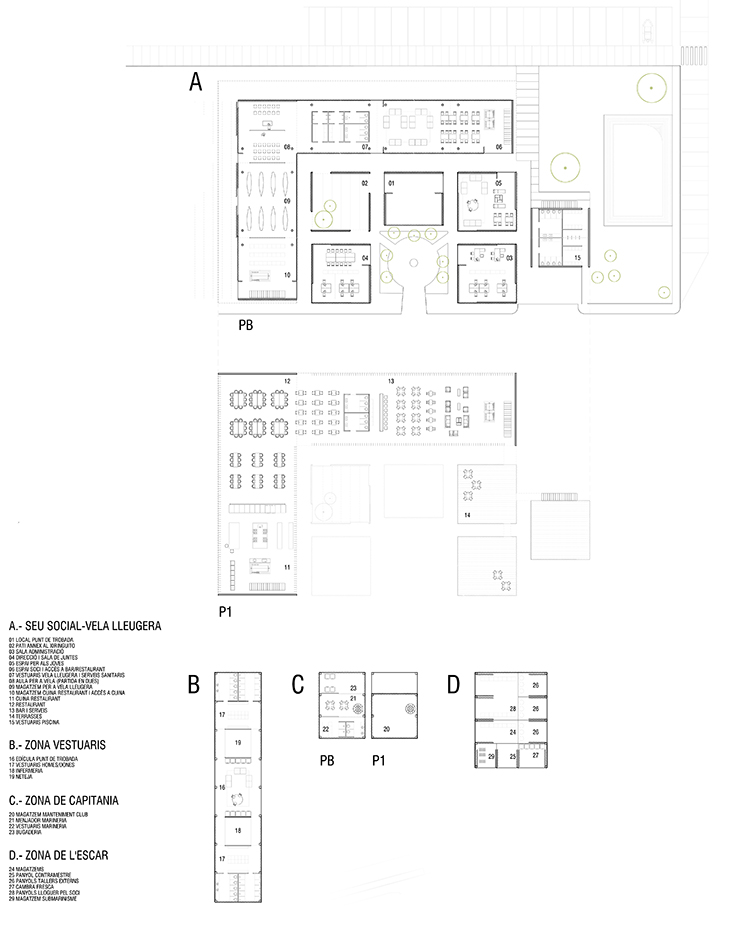 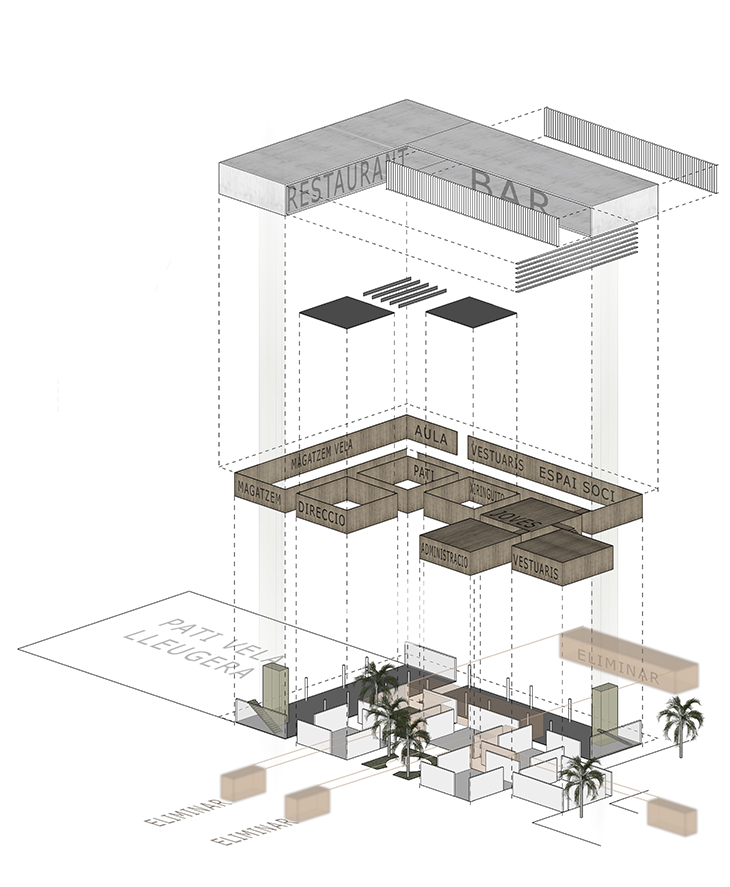 Walking down the Rambla Principal of Vilanova, toward the Paseo Maritimo, until reaching the Rambla de Sant Pau, it is easy to guess the lack of cohesion that is nowadays existing between the actual Club Nautico and the elements surrounding it.

The project that is here proposed, aims to reestablish those bonds, by generating a plaza for the light sailing. This is gathered under a great porch that stands as an host for parties such as the one fishermen usually organize. This one receives us with a new volume that presides both the views of the sea and the city, as well as those of the beach and the port. Establishing a crossed relationship that helps manage the club’s environment. Governing also a significant space that lends itself to be part of the city. As for the interiors of the Club the purpose is to recover the original independent volumes, invaded nowadays by irregular volumes, driven by the actual demands. To those pieces a new one – shaped as an L – is summed up, charged to assimilate the requests of hospitality and to merge the services of the light sailing. The independence of the blocks at the plan level, allows privacy to any extent, as well as the free circulation between all of the spaces. The proposed drawings consent to those volumes to combine, not only providing more open spaces, but also considerably increasing the useful meters for events and other necessities. Even extending toward the plaza, if needed.

The proposal was preselected as one of the nine finalists. 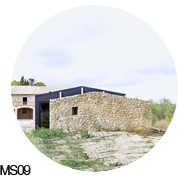